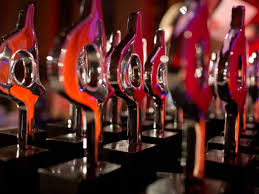 India’s largest public relations agency continues to go from strength to strength, despite a certain measure of malaise in the market. Now worth $17.2m, Adfactors grew 18 percent last year, meaning that it has averaged a remarkable growth rate of 32 percent over the past decade, resulting in a firm that now employs 275 PR consultants. Much of that growth can be put down to a senior team led by founder Madan Bahal, which has successfully diversified Adfactors’ offering beyond financial PR into such areas as corporate reputation, issues management and crisis communications.
Recent years have brought a particularly rich new business haul, including new clients such as Vodafone, Infosys, Deutsche Bank, Vedanta Group and Cairn Energy.

The firm’s campaign work has also attracted attention, winning plenty of recognition at this year’s SABRE Awards South Asia. And Adfactors also deserves praise for a typically independent-minded attitude towards continued expansion, which has seen it open a state of the art office facility in Mumbai, to go with a focus on cultural diversity and the establishment of a council to improve female representation among its senior leadership. Now boasting operations in Dubai, Sri Lanka and Singapore to go with its 18-office network in India, Adfactors looks well positioned to become the first Indian PR firm to ‘go global’. —AS