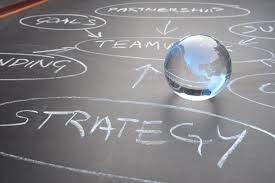 Bharatkumar Raut is a former member of the Rajya Sabha and an eminent journalist. He is a past Editor of Maharashtra Times, The Independent and The Pioneer. During his over three-decade-long career in journalism, Mr Raut held several senior editorial positions at The Times Group, besides being instrumental in launching Zee Network in Europe and the US. He is also credited to have launched the country’s first 24-hour news channel, Zee News.

Nainu Kumar – an expert in regulatory and public affairs, media research, analytics and communication – is the third high-profile appointment made by Adfactors PR in recent times. He was Head – Corporate Affairs, and a member of India Management Team at the Indian joint venture of Phillip Morris International. Mr Kumar was earlier associated with a leading consultancy firm, Dua Consulting, in its regulatory and public affairs practice.

The appointment of these three senior professionals by Adfactors PR represents an important step in the firm’s efforts in reinforcing its strategic communications and public affairs vertical. These developments closely follow Srikanth Srinivas, former Deputy Editor of BusinessWorld, joining the consultancy’s Public Affairs Practice in February this year.

Madan Bahal, co-founder and Managing Director of Adfactors PR, said, “We are proud to have professionals of such distinction, calibre and perspective joining us. Through 2014, we will develop the Public Affairs group into a strategic practice to cater to our large and diverse clientele – both Indian and multinational.”