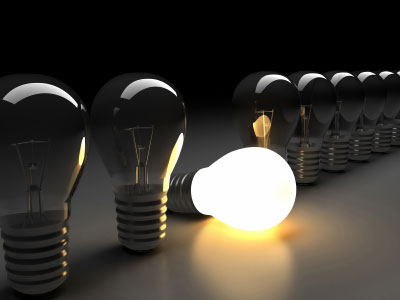 Brands in their mission to reach out to their target audience adopt numerous marketing tactics, some unique and many tried and tested. Today’s Brand Equity talks about how Nokia tried to regain their market dominance in the dual-sim category by adopting differentiated marketing strategies to reach out to non-urban audiences. It used bikers under ‘Nokia Blue Brigade’ to rally small towns of Punjab, Rajasthan, Himachal Pradesh and Uttarakhand. It relied on street plays or Nukkad Natak in a massive way by reaching out to 575 towns and villages across six North Indian states by roping in Lok Kala Sanstha from Chhattisgarh,. In these Nukkad Nataks, a group of artists would enter a crowded market area and enact a comedy play, which smartly weaved the benefits of dual-sim handsets into the script. This was followed by demonstrations of the device and also prizes for those who purchased on the spot. The company was able to sell over 5300 dual-sim handsets on the spot. In rural Maharashtra, it spread awareness using torch rallies, with 75-1100 people participating. In cities like Delhi, Jaipur, Lucknow and Bhopal the company ran digital and radio campaigns, inviting twins to launch their brands and become their brand ambassador for the day. In Delhi, Nokia’s Twins Day Out’ festival saw 63 pairs of twins coming together, which helped them enter the Limca Book of Records for organizing the largest gathering of twins in India at a single venue.

While big brands like Nokia have time and again demonstrated their marketing skills time and again, there are other lesser known brands like Tata Housing in a more serious category like Real Estate try to innovative and differentiate themselves by adopting unique strategies. Recently when the company launched a low-cost housing project in Ahmedabad, it roped in Bhawai performers from Ahmedabad theatre group to enact a song-drama act in a beautifully scripted story creating awareness about the launch of the project. The Bhawai performance was initiated at the launch press conference itself and was then played at various busy streets and malls of Ahmedabad. In another instance the company roped in Mime artists to announce the launch of the project in its press conference.

Such disruptive techniques used by brands in building their brand image goes a long way in creating that top of the mind recall amongst its target audience in today’s cluttered marketing space. “Disruptive marketing is not a bag of tricks, but a well-grounded approach that requires a strong constitution to do things differently and distinctively. You are not expecting something when you get to see something. That’s disruptive. And it makes you think about the brand. It is a bit of hodge-podge at times and critics have often felt it could damage the brand’s carefullybuilt reputation of consistency and reliability, but it actually delivers the goods,” comments Future Brands CEO and MD Santosh Desai, in an article of Tahelka magazine.

There are many such examples of ideas that make the brand tick, please share if you know of any and how we can integrate to drive some PR mileage as well.