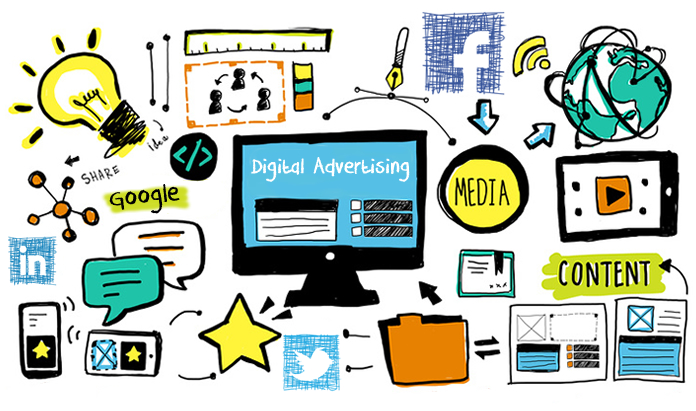 Digital Marketing moves ahead in the race, leaving behind the old-school advertisement techniques. To match up with the changing era of advertisement, all the big names in the market are now investing in digital advertisement marketing.

In a recent research, the results showed that business ventures from every category have decided to invest 80% more in digital advertisements. The reason for this drastic change is expected and accepted too.

“Digital Media is Fast and it’s racing on the wheels to soon become the Fastest”, Laura McGarrity, VP and Digital Marketing Strategist at Mondo commented.

The simple reason for this is because social media advertising is in 54% more demand; contents are taking 44% of the online market. Data analytics have hiked and reached up to 33%; whereas, mobile strategy is right about there with a share of 30%.

“Improving media relation is now the only key for mass marketing and advertising any service or product. Moreover, this costs much less than investing in regular print media or hoarding. They are now just pieces to show that will redirect to the internet world”, said Laura McGarrity.

As per the best market analysts, there will not be anytime soon when the entire print media will lose its advertising investors. Companies are still investing some share in print media so that people see it and further check about the service in details online.

This has re-shaped the global advertising investment flow. According to the latest global market data conducted by World Federation of Advertisers and Ebiquity, there will be 40% more investment in digital advertisement in 2017-18.

“The changes taking place in the digital world are making the influencers more influential”, commented an e-Marketer. The big fishes of digital advertising and marketing world, Google and Facebook, are having rainbow days from the pot of gold invested by companies in advertising.

By the end of 2016 -2017, 72% of every dollar spent for an advertisement was getting absorbed by Google and Facebook…And now they will become more powerful.

WPP, the world’s largest advertisement holding group, speaks for this escalated online investment plan to promote digital advertisement. They clearly stated that one advertisement for the digital market expires within six months as new and better advertisement comes up.

“Once in the digital world of media relations and advertisement, it’s important to come up with a new ad plan in every six months before getting replaced by something better”, said the marketing head of WPP.

This will also have an effect on product pricing as well. Ultimately, the one paying for these advertisements will be the service users or clients.