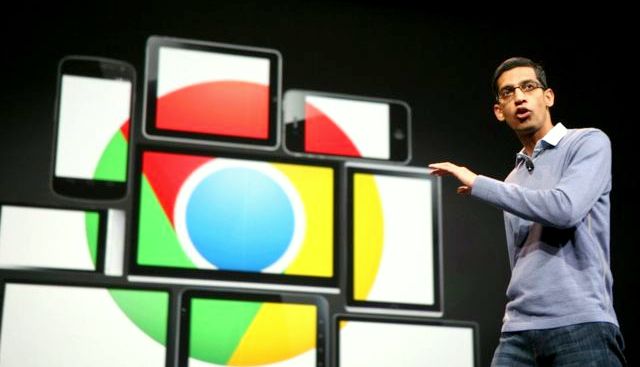 According to Sundar Pichai, CEO of Google Inc., this will “curtail auto-playing advertisements whether they are full page length or mini ads disturbing user experience.”

Pichai further added, “The Coalition for Better Ads board comprising companies like Facebook and Google will determine which ads will be blocked. It will depend on their quality and standard”.

The entire domain of marketing communications needs to flow seamlessly. And such intrusion of flashing ads, mostly animated, proves to be a hindrance. According to Chris Bentzel who wrote a blog on this discrepancy recently,  “A survey was conducted on 40,000 European and US web users and found that most ads were in full-page length which hid the actual web content from a web page”.

Emily Tan, editor of Campaign Magazine says, “People at first thought that this entire digital marketing tactic would implement blocking ads across the board. But now, everybody has got a clear picture of what this ad-blocker actually intends to do”.

Websites have already started to alter ads which they show after Google warned them. The block parties include LA Times and Chicago Tribune. On the other hand, users wanting to simply cut down unnecessary ads have other solutions.

“Chrome Web will show a message to a user when one network request stops. It will notify; the ad blocking has effectively occurred and now he or she has an option to further disable this particular setting,” said Bentzel in his blog.

Adblock Plus analyzed a CBA ad-detecting tool’s effectuality and stated, “CBA will block roughly 16.4% of ad types listed in white paper. Adblock Plus can block 92.7% ads on the other hand”.

Hence, offensive ads will get blocked right away, videos playing automatically will get blocked, and advertisements with a screen density above 30% will also feature on Chrome’s ad-blocking list.