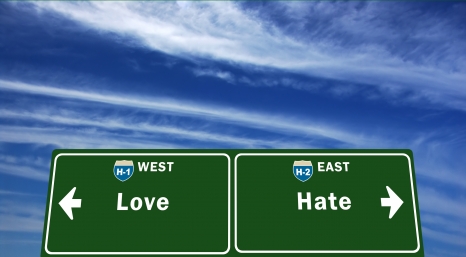 PR professionals time and again have been ridiculed, criticized and blamed for their unprofessional behaviour, most of the time by pseudo intelligent arm chair journalists and sometimes by genuinely harassed journalists. I agree many a times, it is the PR practitioners who are at fault but at during many instances some journalists just routinely speak badly to PR people.

Here I am not generalizing here; as in my career, I have fortunately come across many journalists who were real professionals and were also the best guides anyone can ever have in this profession. I have my own share of journalism experience, which is why I can completely understand why they come across the way you would not want them to.

But the moment any bad comment is made against a PR person in a newspaper or any social networks, a string of reactions starts flowing. To my surprise, many PR practitioners themselves ridicule their fellow PR pro and praise the journalist for their smart witty comments. Then there will be many arguments on ethics, behaviour, training etc.

We seldom take time to think over such trivial issues as we believe that he, who commits such a mistake, deserves what he gets in return. With over 16 years of experience across media and PR agencies, , I have myself seen many careers of budding professionals getting destroyed, and I kept wondering isn’t there any preventive mechanism to  pre-empt such mistakes or least make them aware about what can go wrong and when in their day-to-day practice. Dwelling more on this issue, I decided to speak to a few industry leaders on what systems/processes they have in place to train and guide newbies in order to protect their and the firm’s own reputation.

Nikhil Dey, President- Public Relations, Genesis BM,  talks about some of the initiatives undertaken at his firm, “Our efforts as a firm have always been to raise the bar in terms of professional and ethical conduct and we have invested in building a culture that promotes this. A great deal of emphasis is laid on training, right from the entry level. We were pioneers in instituting a learning and development program called the “Associate Learning Program” which ensures the  entry level talent get the right grounding and then through an employees’ lifecycle in the firm we have structured program called the GBM school of learning to build capacity and skill.”

Nikhil adds, “Another small but significant step we have taken to reinforce the importance of professional and ethical conduct is in the form of the “Red Book of Ethics” which every employee who joins is given a copy to read and pledges an undertaking to live the values of the firm.”

Elaborating on initiatives undertaken by Hanmer MSL, its CEO, Jaideep Shergill, says, “There are at least three levels of quality checks and due diligence to ensure that the right processes are followed. From ensuring that approaches to media persons are not intrusive to deadline-adherence, plus there are senior-level checks at every stage. We ensure that executives deliver what they have promised and don’t promise what they can’t deliver. We also ensure that media persons are not badgered and our role as facilitators for the media and brands is played well. It’s drilled into the minds of all executives, from their very first day at work, that ethics override all other concerns. We are clear that we prefer losing the opportunity for coverage and even the client, rather than indulge in anything unethical. It’s part of our charter and also a strong internal commitment.”

Inspite of best training and structure in place, mistakes do happen, knowingly or unknowingly, as

Valerie Pinto, CEO, Perfect Relations, states – “to err is human, but if you keep repeating it, then there is something wrong with you.”

So if shit happens, then what?

Citing some possible solutions, Valerie, adds, “The first thing that an organization should do, when an incident arises due to an employee error, is to move the employee out, from the line of fire and seniors should step in to ensure that the attention moves towards a solution rather than crucifying the employee. Once the calm restores and solution is arrived at, we then have a discussion with the employee, outline and reiterate the right process and ensure he or she knows how to stay away from situations that could explode. The learning is then shared across the organization as a case study so that everyone can learn and grow effectively.”

In this regard, Jaideep had a very interesting observation to make, he said, “I have heard of cases of unethical practices, overpromising and under-delivering within the industry. I am reminded of an incident about a decade ago that a colleague – a former journalist – related. His newspaper was approached by a PR executive for an exclusive interview with Nobel laureate John Nash, who was visiting Mumbai. The editor agreed and the interview ran, as promised, on Page 1. It turned out that the PR executive had made the same promise to every newspaper and there was a Nash interview on every front page. The newspaper responded by banning all dealings with the PR agency and refused to publish stories about its clients. The agency’s CEO had to come over and apologise to the editor, after which the ban was lifted. However, the newspaper was ultra-cautious in dealing with the agency after that and treated every approach with suspicion.”

Jaideep added, “I can only speculate what happened to the PR executive. Today, that executive would have probably lost her job or be put on strict probation at the very least. While I, thankfully, have not had to deal with something as serious, I would immediately institute an internal inquiry into why something like this happened. If we were in the wrong, I would own up immediately, apologise and ensure that my senior team doesn’t allow anything like this to recur.”

On the similar lines, Nikhil, adds, “In terms of our role as a facilitator and bridge between client and the media, the area where we sometimes need to address mismatched expectations relates to the manner and time of engagement with media. For example, a very junior team member, calling an editor on his or her mobile phone for a matter that does not require attention at that level can be intrusive and annoying. These kinds of irritants force the journalists to get annoyed with a PR person. Respect is earned based on knowledge and conduct, so as an industry we need to continuously invest in ensuring that our people are delivering value, based on deep knowledge of the domain they operate in.”

On the other hand, we all have heard about instances where a journalist misbehaves with PR professionals, more specifically with women; promises to do something and dishes out something that leaves no place to hide for the poor PR executive; If Radia Gate episode brought out evils of PA (not even PR), we also discovered many saints within the media fraternity as well.  Then why only we are labelled as Aasur (Devil) and Media as Dev (God)?

Jaideep, affirms and adds that, “There have been instances of inappropriate behaviour at events. In such cases, we hand the matter over to the police or make sure that the media houses concerned initiate action. In case of media persons promising one thing and delivering another, we have taken it up with the editors concerned. It’s important to know that overpromising coverage – on the basis of which exclusives are arranged – is not unknown in the media. Journalists too sometimes don’t deliver on promises and publish reports about clients without bothering to understand their version of events. For this, it’s the PR agency that bears the brunt.”

While we will undoubtedly believe that this conflict between PR practitioners and journalists may never end, knowing very well that both have to co-exist as our roles are synergetic and a meaningful relationship founded on ethics is mutually beneficial.

The industry leaders are however optimistic about the future. As Valerie, says, “I doubt that it’s a long-lasting phenomenon. The media is increasingly realising the value of PR practitioners. We do, in fact, have great relationships across the media and incidents of the kind detailed above are rare. Most media persons respect the PR profession.”

Jaideep echoes Valerie’s opinions and adds, “I would say PR practitioners are getting more sincere and respected compared to journalists who are running themselves down with non-factual and shallow reporting. We are definitely in a better position there. Some years ago it would be right that media would ridicule a PR person and we would just stand there admitting fault. But now the tide is turning. So yes, as clients value and understand the importance of the role we play in managing their reputation, our respect will only grow in the industry. So building on platforms to raise the profile of the chief communications officer is the need of the hour. Recognition and reward will bring more talent to the forefront. Training and impacting education is where the industry has to focus.”

He further points out that, “The lack of unity within the industry has hurt it badly. The industry has failed to ensure that it plays a strong strategic role for brands and the media. Instead, the trend has been to commoditise services. As a result, the industry doesn’t command the respect it deserves. I think greater outreach with the media to make them understand how the PR industry could assist it would help, as would an emphasis on building relationships with media persons. Too often, we call them only when a client requires coverage. Instead, we should be helping them get data and to establish connections even otherwise.”

I am sure, even you have a lot to express and we are happy to hear your views and experiences that will only make this topic richer. This will help us all to learn and imbibe the insights in our day-to-day working. You can either comment on my blog www.vikypedia.in or share your experience on twitter @vikramkharvi