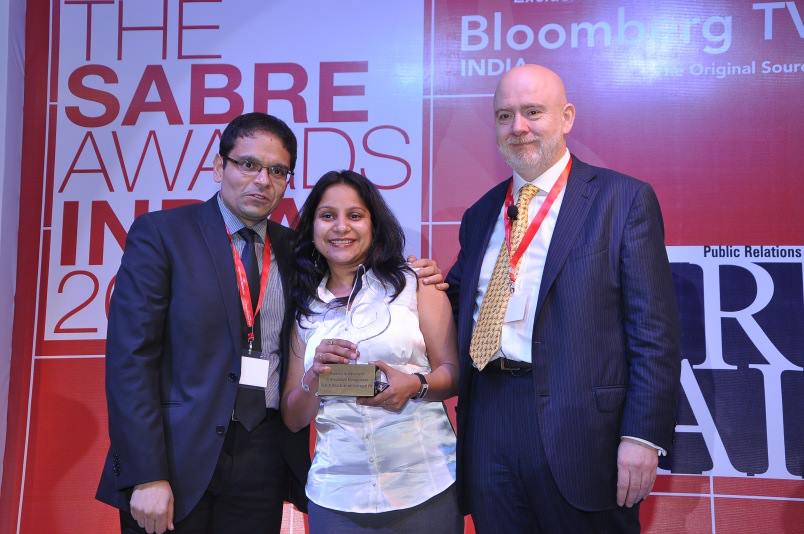 New Delhi based Integral PR took home a Diamond SABRE and a Gold SABRE Award along with two Certificates of Excellence, at the inaugural 2013 SABRE Awards India held at the Pullman Hotel in Gurgaon on July 26.

The recent Holmes Report 2012 has ranked Integral PR among the 10 fastest growing agencies in Asia Pacific. At 193, the agency is now ranked amongst the top 200 consultancies in the world.

Integral PR is a full-service, multi-sector independent agency and has been a part of the PR industry for over 16 years. The team at Integral PR includes a mix of professionals from advertising, media, mass communications, financial services and film industry, who come together to provide integrated solutions to their clients.

The first Sabre India Awards 2013 instituted by New York based Holmes Group was held in association with the Public Relations Consultants Association of India (PRCAI). India is the only country to have Sabre awards of its own. A jury panel included some of India’s biggest names in the PR industry.

In its ninth year, these awards are considered a global benchmark for PR work, attracting more than 2,500 entries across North America, Europe, Middle-East and Africa, besides Asia Pacific.