Learning from PR scandals: knowing what to avoid! 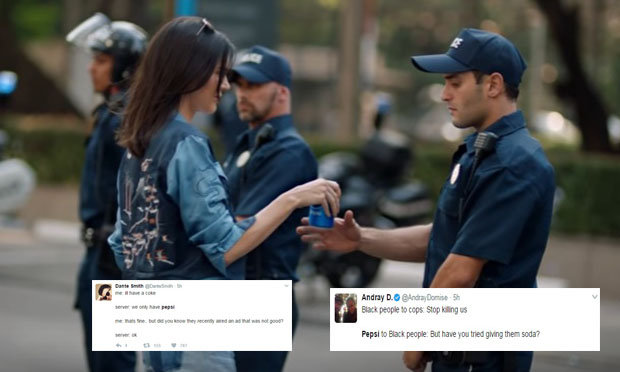 PR is a fascinating deployment and when it will work adversely or for you is beyond the understanding of ordinary humans. One must judge this phenomenon with respect to public opinion to draw an effective conclusion.

Here we’ll try to shed light on some of the recent biggest public relations scandals, so that you know what to avoid.

“It takes 20 years to build a reputation and five minutes to ruin it. If you think about that, you’ll do things differently.” – Warren Buffet

One of this year’s biggest advertising blunders was Pepsi’s ad with Kendall Jenner that seemingly trivialized a popular social movement. The ad showed Jenner leaving a photo shoot to protest; however, that didn’t go down well with their social activists.

Millions of people backlashed including Bernice King, the daughter of late Martin Luther King Jr. Their public relations suffered another severe blow when their online crisis management team issued an apology for Kendall rather than coming straight with protesters.

Pretty unnecessary, right? But, this is what happens with big companies and their reputation management teams. Often their fame and influence stops them from being outright and this in turn, totally spoils their brand image.

Similar incidents of different magnitudes have happened with companies like the United Airlines and Apple as well. The tech giant faced the battery crisis which it first tried to avoid but had to back up once the news started spreading.

Even then, the problem was lack of instant apology and compensation which Apple eventually had to figure.

United, on the other hand, faced PR backlash as videos revealed staff members dragging people off airplanes. The company defended itself by saying that accommodation wasn’t available; this obviously did not fare well and ended with an:

If you follow the trend correctly, then most public relations scandals happen because someone doesn’t want to own up. And this isn’t new either. It is human nature to aggressively pursue what one is trying to hide; that is exactly what happens here as well.

While the development of online crisis management has become easier with social media, it seems the other way round.

All an apology takes is a tweet, but people still seem to miss the point. Staying honest is and will always be the best PR move of all time!