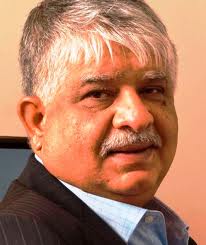 Over the past 30 years, Madan Bahal has built Adfactors—the firm he founded in 1982—into India’s largest independent public relations firm and one of the 100 largest in the world (according to the latest Holmes Report 250), an accomplishment that makes him a worthy recipient of our SABRE Award for Outstanding Individual Achievement.

The award will be presented this Wednesday at our annual Asia-Pacific SABRE Awards, which will take place at the Mandarin Oriental Hotel in Shanghai.

After his college degree, Madan attempted to join the multinational advertising networks, but soon realized he was more at ease with local problems and processes. That was how Adfactors Advertising was born in 1982, and quickly “reorganized” and “converted” into an integrated business communications firm.

In 1991, the agency further sharpened its focus on financial communications. As a result during the last decade, it has ended up providing marketing communication support to over 80 percent of all the major public offerings in the Indian capital market—and earning our Asia-Pacific Financial Consultancy of the Year award this year.