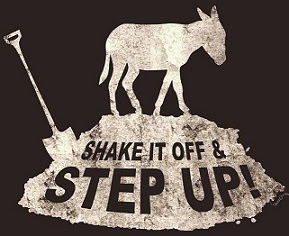 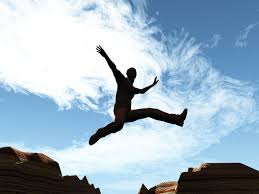 A farmer owned an old mule. One day, the mule fell into the farmer’s well. The mule brayed loudly and caught the attention of the farmer. Upon assessing the situation, the farmer ruled out any possibility of a rescue as it was simply too much trouble to lift the mule out of the well. Out of sympathy for the animal, he decided to enlist his neighbors’ help to haul dirt into the well to put the mule out of his misery.

The old mule was hysterical upon learning that his life would thus end. However, as the farmer and the neighbors shoveled the dirt into the well, a thought struck the old mule. He realized that if he could shake off every dirt that landed on his back, the dirt would hit the floor and he could step on the dirt.

Shovel after shovel, he continued relentlessly to shake off the dirt and step on top of it. He fought the sense of panic and distress and just went on shaking off the dirt and climbing higher up the well.

With much determination and perseverance, the old mule eventually stepped out the well, battered and exhausted, but otherwise triumphant that he had survived the ordeal. Through the way he handled the situation of adversity, the act of burying him in fact saved his life.

Now reflect on your past, when you started out as a PR practitioners, how you struggled through learning the new skills, how you dealt with the tantrums of journalists, unreasonable expectations of clients and many more expectations of your seniors. You faltered, you erred, you did silly mistakes and ofcourse you got what you had to get in return – the taunts, insults and threats of being thrown out or clients threating to sack your agency etc. Now see yourself in your current avatar, you have grown so much from that day, how you didn’t allow the dirt hurdled at you remain on you for long and in the process you gained that rich experience and respect.

Even today, you may have to go through the same things, either for mistakes committed by you or by your subordinates. I am sure you must be feeling dejected, hopeless and even after so many years of experience you may feel you haven’t really achieved anything. But hold this is just a phase; even this will pass and will make you even stronger and richer in experience than before. You will not only survive but emerge victorious. Fight don’t lose hope, you will win.