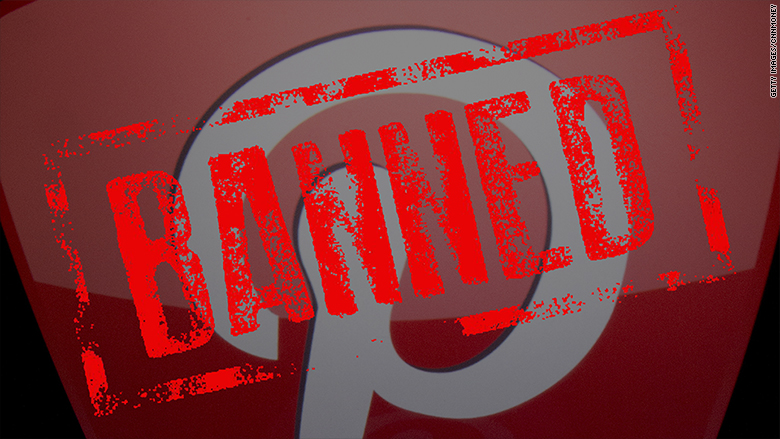 We Indian are big on social media, largest in Facebook, going ahead of the Yankees. Same applies for Democracy. So we’re more democratic and social than Americans. Well, not exactly. Facebook is something of an exception. Do You Pinterest? Not from your mobile app, from our PC. If you can, here’s a fishy jerk-up. Pinterest is banned as per DoT. Our competent and responsible Department of Technology may just be labeling Pinterest under the ‘unsuitable content sites’ for their social media management policy. So, let’s just start answering a couple of basic confusing queries, shall we?

This is one of the most popular visual bookmarking platforms on the net. For users, it’s interesting, engaging and has quite a creative bent to it. It has struck quite big among Indian doodlers and thinkers. (Like You?)

Coming to the technicalities, try logging in with Pinterest through the Indian domain. You can’t. DoT ban-list entrant 146 – in.pinterest!

No one knows. Perhaps NahlajPihalani knows. (He won’t say though.)

Mool motive was always to put kill off file sharing or video streaming. Our love affair with Torrents is over. (Lol) Times are changing.  Our DoT, however, wants to make the best of it. Let’s not get into that though. Let them try their social media management on you.

However, download the App, sign in with your Google account (Google+ Account, recent ones that is and not with.in at the end.) and you are Pinterested! There’s nothing stopping you from going through your smartphone straight up.

Strange as it is, our DoT does not apply its ban to the global Pinterest Net Domain of .com. You can get going right on your smartphone. That simple. Just avoid the .in domain and you’re good to go.

Yeah stop right there. You think you can just get Pinteresting without someone noticing it? Think Pinterest will let you pin images despite our Democratic Social Republic of India’s Department of Technology banning it like a truck bans you on the highways?

Here’s something to tickle your brain cells. What’s the best set of wheels for getting past that truck on a busy street? The quintessential ergonomic utilitarian 3 wheeler – the Indian auto.

Download a VPN service. Can’t tell you straight up but there’s an extension in Chrome for it.

Don’t just stop after finding it out! Install and run it!

Wait for it to install.

Open Your Pinterest account settings. Go Stars and Stripes. O say can you see instead of Jana Gana. (Change country from India to US….)

You forgot to save the settings. If not, you’re smart.

So, you know Pinterest is banned in India although you can still use it through the app. By now, you also know how to run it on your PC.

“Give me Shares! And I’ll give you Freedom.” (Internet Only. Terms and Conditions apply. Please read the blog carefully again or share!)