PR after the Mega Merger 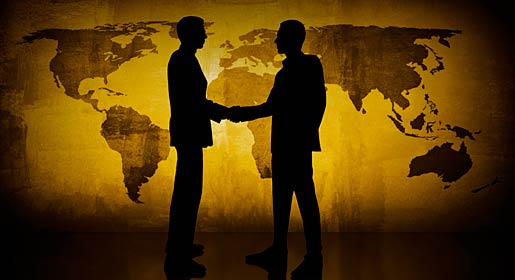 Since the last fortnight the entire media industry has been busy analysing the impact of the merger of two media giants – Omnicom and Publicis. The alliance will not only create the world’s largest advertising company with $23 billion in revenue, toppling current market leader WPP plc., but will also create the world’s largest PR company with a combined fee income of over $1.8 billion as well.

Immediately after the deal, all sorts of speculations and predictions were unleashed by many intellectual industry experts and the news was analyzed and shared across every possible media outlet. Every commentator had his own argument to justify his predictions, while people who should have ideally spoken and clarified what the deal meant for the industry were not forthcoming in sharing their views. As a blogger tracking developments in the Indian PR industry, even I had to do some analysis on what might change post the merger? But choose to wait for some time to understand the overall scenario as well as tried to speak to some of the top industry leaders getting directly impacted by the deal.

Among the many questions asked to the industry leaders were: Will there be a fresh wave of consolidation within the PR industry in India as well? Will the few remaining independent large PR agencies in India; will also be gobbled by mammoth global entities?

The Indian PR sector has witnessed extensive consolidation over the past decade or so. For many small independent PR firms, an opportunity of consolidating itself with a larger entity seemed to be the best choice, as we all know in the current market conditions, how difficult it is to find and retain clients as well as quality talent. It works for the principal companies as well as a single holding company can control several competing PR accounts without any conflict of interest. On the other hand the merged entity continues to operate as an independent businesses and even compete with the other agencies of the same holding companies to win new accounts this keeps all agencies on their toes – says an industry expert .

Dilip Cherian, Founding Partner of Perfect Relations, one of very few large independent PR agencies in India, said, “The Indian PR industry is rapidly growing, almost double the rate at which the West is. India therefore has been an obvious market for consolidation over the last 6-8 years. Consolidation is a natural business phenomenon in every industry. As the industry matures, companies are able to establish leadership and grow on their own, or they need to become part of a bigger entity to adapt, lest they perish. Clearly in India, we have seen that consolidation has already taken place to some extent, and we are seeing two kinds of PR companies – firms that have either merged or strong PR firms going at it on their own. Consolidation does bring with it the benefit of scale, best practices and increased competitiveness for all stakeholders. In majority of cases the merged entity eventually assumes the personality of the firm that has taken over.”

Almost all, Indian PR leaders, who were relevant for the story being the domestic partners of one of the merged group, refrained from commenting as they were not authorised to do so. Many others believed that it is too early to comment on what would be the possible impact on the Indian PR industry; we should give it atleast a year to see the full effect.

Internationally many doubted the success of the merger for both the merged entities. Edelman PR CEO, Richard Edelman publicly questioned the move by stating ‘Bigger does not mean better’ and compared the deal directly to the ill-fated Time Warner-AOL merger. In his blog, 6 AM, he says, “The smaller PR firms within either holding company should expect to be merged. Omnicom has done this before with Ketchum and Pleon or Gavin Anderson and Kreab. PR will not be a focus area; it will be part of the supporting cast.”

David Jones, the chief executive, Havas Group, was quoted in Campaignlive, saying, “I’m not sure this is in the best interests of their clients or their talent. Clients today want us to be faster, more agile, more nimble and more entrepreneurial, not bigger and more bureaucratic and more complex. The best talent doesn’t want to work in bigger, more impersonal organisations. Destabilised employees and clients is not a good thing for either Omnicom or Publicis, but it is a good thing for their competitors. Mergers and acquisitions rarely create value in a people business in the way they do in industrial businesses.”

However on the other hand, heads of the respective agencies from either of holding companies were quite upbeat with the change. Rob Flaherty, CEO of Ketchum, comments in a Holmes Report story that, “PR won’t get lost in the mix because clients need all of these parts. The deal’s benefits of scale apply directly to using big data to glean consumer insights and lowering costs for content amplification – two areas that PR has a play in.”

While Olivier Fleurot, CEO of MSLGroup, told PRWeek, that ‘Subcommittees will be formed for every discipline and they will look at how to make the best of what we now have together, we will share best practice and beat the competition.”

So there was no clear verdict on whether this merger was in the best interest of both the merged entities as well as for the employees working in each agency under the large umbrella. Industry experts say, it will atleast take a year to come to any conclusions. But for now, in India, it will be business as usual. Agencies will continue to function as they have been functioning with the same or little lesser autonomy. They will continue to compete against the group agencies to win new pitches. Neither there will be any impact on employees working for any of the agencies.

So far all still remains well. Atleast hope so for now…