Home PR PR professionals should be armed with Mantras, Tantras & Yantras to get...
PRPR ArticlesVikypedia Exclusives

PR professionals should be armed with Mantras, Tantras & Yantras to get a place in the boardroom 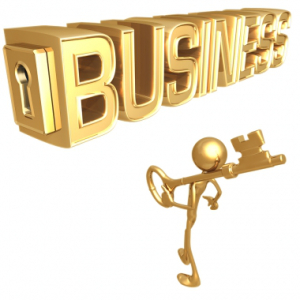 In Hindu mythology, there is a renowned folk tale about King Kausik also known as Visvamitra of the lunar dynasty, he possessed extra ordinary qualities and ruled the kingdom well. One of the interesting incidents which caught my attention was the king’s tour of his kingdom with a large army. He was passing a forest when he came across the hermitage of Sage Vaisistha, the sage offered him a grand reception and requested him to be his guest. The king declined as the sage would not have been able to feed the large army. Sage told the king not to worry and informed him that the Sage had wish fulfilling cow (kamadehnu) sabala. The Sage called out to the divine cow Kamadehnu, who was born during churning of the ocean and was presented to Sage Vaisitha. Vaisistha told the cow to make an elaborate feast for the king’s army and an elaborate feast appeared.

The king was impressed by the cow’s prowess and was convinced that the cow would be more useful to a king than a sage. He further added anything precious in the kingdom, belonged only to the king and put his stake on Sabala. Visvamitra politely declined to give Sabala to the king. The king was angry and ordered his soldiers to capture Sabala. Captured by the kings men Sabala broke down on the thought of being taken away from her father like sage. She ran back to the sage wanting to know the reason as to why he had abandoned her. Vasistha told her that he did not abandone her and told her to make army of her own. Sabala made her own army and defeated the king.

Visvamitra then went into forest and performed 12 years of penance and Lord Shiva was pleased with the penance and gave him all the tantras. Visvamitra went to Vaisistha and sent all tantras towards him but Vasistha absorbed all of Visvamitra’s tantras using his Brmhadanda. Visvamitra then went south, where he did a lot of tapas to get the title of rajyarsi and went back to the sage Vaisitha to get the wishful cow Sabala, however despite of having all the tantras he could not get the cow. The reason for this was that he had the tantras and yantras but not the mantras.

Coming to the business of Public Relations, most of the people working in the industry are equipped with the Tantras – the qualification and the theoretical knowledge about the industry and also have the Yantras – know how about the media and the tools for pitching. However they lack the Mantras – holistic communications strategy aligned to the key performance areas (KPA) for the client, understanding about the business impact of PR.

PR professionals have evolved to become consultants/advisors to their clients by sharing creative ideas and recommendations to build brand visibility and awareness however, increasingly Indian companies are looking for strategic partners. Strategic partners are an integral part of the company who think and act as the company’s CEO –each initiative needs to have an ROI and the business benefit.

Many a times, we hear from the PR professionals that the C level executives do not dedicate enough time for the initiatives, it could be for various reasons such as no value add of the initiative, the company is on a quiet period due to a recent controversy or is currently in talks for inorganic growth options and might not want to speak to the media.

It is very important for professionals to have a 360 degree stakeholder and influencer community view about the perception of the company and thus analyze its reputation in the market. Basis these insights, a detailed communications roadmap can be outlined (with mantras, tantras and the yantras which can be presented to the C level executives. This will help professionals to get into the boardroom and secure time from the executives.

Do you think that your PR strategy has all the ingredients of Mantras, Tantras & the Yantras, please do share your insights and perspective in the comments section below.

Facebook
Twitter
Pinterest
WhatsApp
Previous articleCall for an RFP or an idea theft in disguise?
Next articlePR’s Abby Debut: Adfactors PR leads the tally with 5 metals