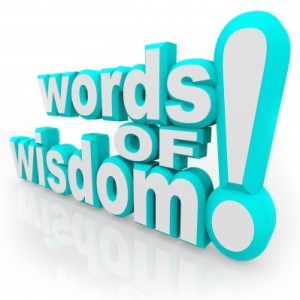 On the morning of 7th September, 2015, Twitter was abuzz with #PRWisdoms being exchanged by fellow PR practitioners with each other. So much was the sharing of wisdoms that within minutes it became a trending topic nationally and was trending across the nation for over 8 hours.

Some very amazing and beautiful wisdoms were shared that we can cherish for years to come. All the interesting tweets are shared below as there were originally shared, so that you can not only know them but also follow them.

Happy reading and don’t forget to leave your comments

Great PR is building a legion of fans that are telling others why your are doing what you're doing. #OwnIt #PRwisdom

PR taught me what Journalism couldn't – Have patience!#PRWisdom

Sometimes "I don't kNOw" and "NO comment" are really just "NO" with extraneous letters. #PRwisdom #lifewisdom

The best PR is when ordinary people and loyal customers talk about your brand positively without asking them. #PRWisdom @vikramkharvi

If it's exclusive, it gotta be exclusive. being oversmart will actually do more damage #PRWisdom

#PRWisdom – Never ask the journalist,"When is the story being published?". It will only help your client and earn you some respect as well.

Don't sell a lie, Sell the truth. Sell what is good in it.
#PRWisdom

Fact. Storytelling is the most powerful way to put ideas into the world today. #PRWisdom pic.twitter.com/2hMofqFIeX

Use #PR before the crisis comes. Its more of a precautionary tool #PRWisdom. But also love the emergency state provided the team is smart.

Its way easier to manage a #Brand for #PR but the challenge is in playing the small market n taking them up! #PRWisdom

To be a strategic counselor to your clients build time into your day, every day, to read about what is going on in the world. #PRwisdom

You don't necessarily have to spin a yarn to tell your story. Be creative and find a way to tell the truth well. #PRwisdom

Never lie to the messenger – be transparent and they will believe in you. It's the business of elevator pitches and trust #PRWisdom

Be honest in your communication. Respect the media and they will respect your pitch #PRWisdom @vikramkharvi #publicrelations #pr

@vikramkharvi No one ever became a PR Pro by staying in office. Go out. Meet. Interact. Indulge. 1/2

@vikramkharvi Number 1 tip to stay relevant at all times is to use #commonsense. Use good vocabulary & revise what you write. Meet people1/1

It takes a village to raise a child, and a team to build a brand. You can't do it alone. #PRWisdom #PVPR

(y)#PRWisdom via @Science_Factoid: People lie more during phone conversations than they do face to face or written down (including texts).