Sharpen your skills or move towards redundancy 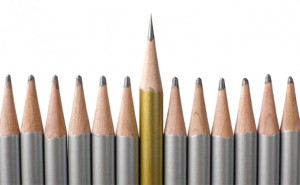 There is an old story of group of lumberjaks (people who chop timber to earn their living). The story is not only relevant in this modern world but to our very own profession as well. So in the group of lumberjacks there were many older folks and only one hot-blooded young lumberjack, who for some reasons never got along with others as he thought them to be lazy and inefficient. During their routine, the older folks took frequent in-between breaks while the young lad worked continuously through the day.

As days passed by the younger lumberjack started noticing that while the oldies took frequent breaks, they used to chop the same number of trees or perhaps sometimes even more than him. He wondered how that can happen as he worked hard and never took breaks. Puzzled, he approached one of the older lumberjack on how they were able to perform better even after wasting time in frequent breaks. The oldie replied “my son, you just noticed we taking break, but missed noticing that fact that while on breaks we sharpened our axes, if the axe is dull, and one does not sharpen the edge, then he has to use more strength and energy, yet will not achieve the best results.”

This story may sound simple and repetitive, but the similar situation confronts us today. The reality is that more than 45% of PR practitioners will get redundant in the next 5 years!!!

This is not the figure drawn out from the hat but something that is factually correct. Most practitioners today have failed to learn the new age skills inspite of sitting right in between the center stage of the digital world. With Internet becoming the 5th necessity, mobiles becoming as important as food and water (may sound a bit exaggerated, but it is true to few millennials), there are PR practitioners (not old but even the younger lot) who shamelessly admit that they have never started a blog or don’t know how to work on one. There are many who still feel it is OK to not listen or be hands on with what conversations are happening online about the brands they are servicing.

The future has already approached; it is now no more OK to be not digitally savvy. While we all have routines to meet but if we do not take time out and sharpen our skills to face the new dynamic tomorrow, we will certainly get redundant. The same old techniques of getting coverage for your clients in the same old media are getting fast replaced by new media and the methods to approach them are also new.

If your axe does not have the same sharpness to cut through this new reality, then it is prudent to take a break to sharpen your axe, to learn the new skills and be relevant.