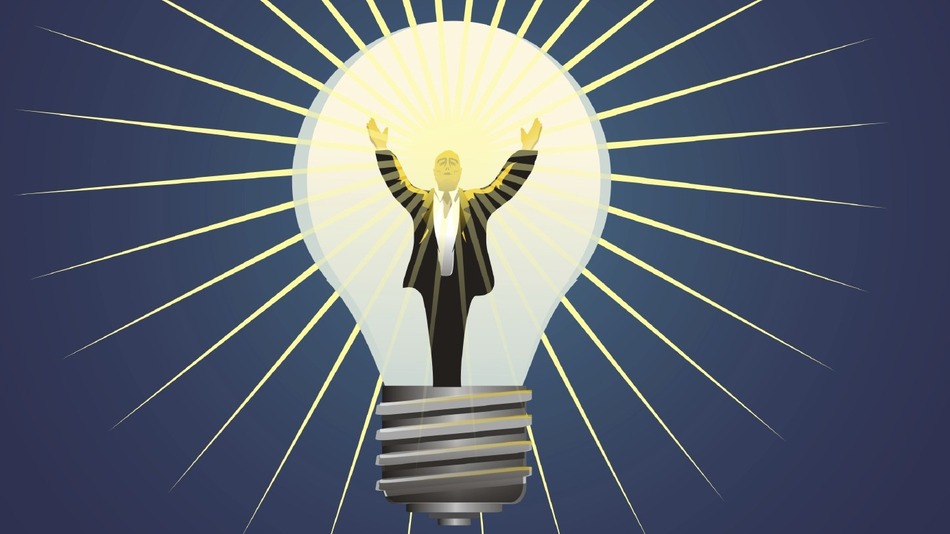 Recently, I happened to read an article written by Devdutt Pattnaik, a renowned author, in which he has narrated a short story from Anand Ramayana, which caught my attention and so thought of sharing with you allas it had a moral that is very relevant to our business as well. So this story comes from a Hindu Mythology dating back to Treta Yuga, during the reign of Lord Rama. Rama’s life and journey was one of the perfect adherences to dharma despite harsh tests of life and time. He was pictured as the ideal man, a perfect human being and the authentic leader. It is said that during that era, even animals could speak and had their right to live and express themselves. One day, it so happened that a dog came crying before Rama. On enquiring, the dog complained that, he was beaten by a priest because he had licked food from the priest’s plate. Rama declared the priest guilty and asked the dog if he wished any particular punishment for the priest. “Make him the head of the temple,” said the dog and Rama immediately agreed and the priest was at once promoted to the position of a head of temple. Those days, head of the temple was considered to be very powerful, their word was taken as a rule and law.

When the word spread and people started talking about this bizarre punishment of being promoted rather than some harsh sentence, the dog explained, “I, too, was once head of a temple. When I become the head of a temple, I become powerful, as everyone listened to me. Then I became arrogant, my ego had no boundaries, I considered myself equal to none. I used to ridicule people, did stupid things that were not expected from a head of temple. And when I died, I was reborn as a dog. I want the priest who hit me to suffer the same fate as me. I, therefore, want him to get a position of power and become arrogant. This will blind him from the truth and reality and make him do stupid things.”

Cut to today, this era is called Kali Yuga; we have little time to think what will happen post our death and want to just focus on our current lives. But our smart Shastra Pandits (Religious Scholars) have already predicted that in Kali Yuga, you don’t have to wait to be reborn to bear the fruits of your past life, in this yuga, you will get the results in the same life.

Coming to the point – ‘with power comes responsibility’. This simple phrase is often and fast forgotten when we get powerful. This is not only true in politics or underworld, but is also equally true in our small PR world as well. Sooner or later, we will all grow and grab some piece of power by getting elevated to higher positions of an Account Managers, Account Directors, Group Heads or even VPs and start ruling in our own silos. It is here where the problem might arise, as when we grow powerful, we start getting more and more insecure, we start feeling that everyone around is just here to cheat us and we start believing/trusting less in people around us. Then we strike back with vengeance; nail them down so that they remain in our control. Just for us to feel safe, we beat the dogs accusing them of licking utensils. We play politics and do everything in our power to become heads of temples. We are just not able to sit back, look at the micro view and trust people around us.

When we start managing a team, in a business such as PR, where people are our ‘greatest resource’, ‘highest priority’ and the ‘key to performance’, we need to start learning how we make use of our authority in helping people achieve the objectives set by our organization. But the sheer pressure to perform makes it so easy to shelve ‘people matters’. What we fail to understand is that there is much more to being a true leader than achieving a leadership role. A true leader should be judged not by what he has, but by what he does not have—ego, arrogance and self-interest. When it comes time to take credit, he should make himself invisible; but should be the first to answer at the time of need, and he will never shrink away in fear.

We as an industry make a huge hue and cry about the diminishing quality of talent in our industry, but seldom talk about enhancing the level of leadership that can hone and improve the existing talent. So when an untrained talent gets elevated to a level of managing a team, he/she can hardly understand the nuisances of working with people and getting the best out of them. With the same attitude they move up further to take on larger responsibilities, leaving behind the trail of mismanagement.

A true leader is certainly also not just a people pleaser. Even Rama never hesitated to punish offenders who created trouble for his citizens. He should know when to pull-up non-performers, retrain them and at times should also have the courage to weed-out insincere people with wrong attitude.

I understand what said above is nothing new and you must have read and heard such things many a times but sometimes a reminder like these prompt us to do the required course correction to bring alive the authentic leader in you.

Would be happy to hear your views and feedback, do drop a line or tweet @vikramkharvi