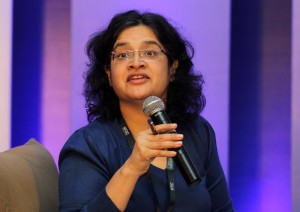 Last week the Telecom Regulatory Authority of India (Trai) put out a (good) paper with recommendations on “Issues relating to media ownership”. It has tackled private treaties, paid news, privacy, corporate and political ownership – among a host of things it lists as the hurdles to having a truly plural, diverse, factually accurate and independent news media (it leaves entertainment out of the recommendations for most part).

There is currently intense questioning of the recommendations and Trai’s authority to come out with them. It is the broadcast carriage regulator and the paper admits that many recommendations might just be outside its remit.

This column argues that neither Trai nor the actual details of its recommendations are important. What is important is that issues have been identified, put down and brought out in the open by an independent body that has done a decent job of regulating cable in India. Why not use it to start self-reflection and correction on the sorry state of the news media industry in India. Till the media’s self-regulatory bodies start cracking the whip on newspapers and TV channels that indulge in unethical and bad practices, the door is open for the government to come in and regulate. All it needs is enough public opinion on its side. Paying lip service to self-regulation worked under a benign, coalition government. But under a sceptical-of-the-media, majority government, ignoring this report would be akin to committing hara-kiri. It is what the UK’s tabloid press did till Leveson and the Royal Charter happened.

At the heart of the issue is a powerful product – news – which makes for an unprofitable and painful business. It operates in a free market without the institutional support of good regulation or the financial structures that prop up other businesses through their loss-making years. This then attracts dodgy investors by the droves, creating a vicious circle of bad money corrupting what was a decent business till just about a decade back.

The news media market in India was fairly placid till 2003 when the first surge in TV came. In 2005, investment norms in print were liberalised further. Soon the market was on fire with private investors gung-ho about the hunger for news in this (then) fast-growing, chatty economy and the advertising it would attract. By 2012, however, it was clear that something was wrong. At over 135 news channels, about a third owned by politicians and real estate guys, the news TV market is a nightmare. It is largely about shrill, ill-researched, ignorant debate. More than 60 per cent of the country’s local cable systems are owned by politicians who block other channels at will. After the 2009 general elections, it was discovered that some of the largest newspapers took cash to print or not print news about a candidate. The Press Council of India (PCI) sat on its own report naming the offenders. According to the Election Commission of India, instances of paid news went up in the 2014 general elections.

In 2012 came a spate of corporate investments. The AV Birla Group picked up a 27.5 per cent stake in Aroon Purie’s India Today Group. A trust controlled by Mukesh Ambani funded the merger of Eenadu TV (which he owned) with Network18. Earlier this year, Ambani took management control of the media major.

It was against this background that the Ministry of Information and Broadcasting asked Trai to look into ownership in May 2012. The resulting paper in 2013 was refined with open houses and comments from stakeholders.

Some of the key recommendations resulting from this two-year process are: One, a clear distinction between ownership and control. The Trai reckons that control of media can happen without majority ownership too. It defines control very widely and recommends using the Herfindahl Hirschman Index, a globally accepted metric, to calculate media concentration and impose cross-media restrictions. Implementing these will be complicated but is essential in markets such as Tamil Nadu and Andhra Pradesh among others.

Two, forcing regular disclosures on shareholding patterns and direct and indirect interests in a news brand.

Three, to tackle internal plurality the paper reiterates a suggestion made in 2008 that political, governmental or religious bodies or their surrogates should be barred from broadcasting and TV distribution. And any such bodies already into news, should be provided an exit route.

Four, the PCI proscribe practices such as private treaties or paid news or any advertising incursions into editorial.

Seven, the setting up of a media regulator for print and TV (two, six and seven are ideas this column has always endorsed).

There are several flaws in the paper. For example, it dismisses the internet, based on the Indian Readership Survey numbers. But based on March 2014 data from Trai’s website, there were about 325 million Indians online, almost equal to print readership. The internet cannot be left out of the ambit of this report. Another flaw is the lack of any economic understanding in the paper – it takes a lot of money to generate good quality news. And usually, advertisers cannot fund completely and audiences either cannot afford to pay for it or don’t care enough to.

This is a pincer in which global news firms, too, are caught – and many of the top ones haven’t done paid news or private treaties to make up. It is, arguably, a failure of our moral strength as an industry. This paper then is a call to media owners, editors and everyone who runs the bodies to start talking and figure a way out of this mess instead of fighting with Trai or the government. Not doing that would be a disservice to 1.2 billion Indians and to the idea of a free press.