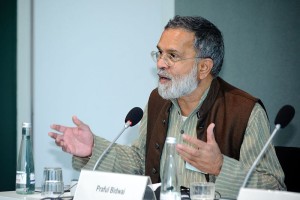 Renowned journalist, Praful Bidwai passed away in Amsterdam last week, where he was attending a conference. He suffered a cardiac arrest after choking on his food.

He was a columnist for various newspapers and magazines for Indian and International publications, besides being an anti-nuclear activist and campaigner. He was a founding member of the Campaign for Nuclear Disarmament Peace, the group set up after the 1998 Pokhran tests.

He authored several books, including South Asia on a Short Fuse, Nuclear Politics and the Future of Global Disarmament (1999), New Nukes: India, Pakistan and Global Nuclear Disarmament (co-authored with Achin Vanaik in 2002) and the Politics of Climate Change and Global Crisis: Mortgaging Our Future (2012).