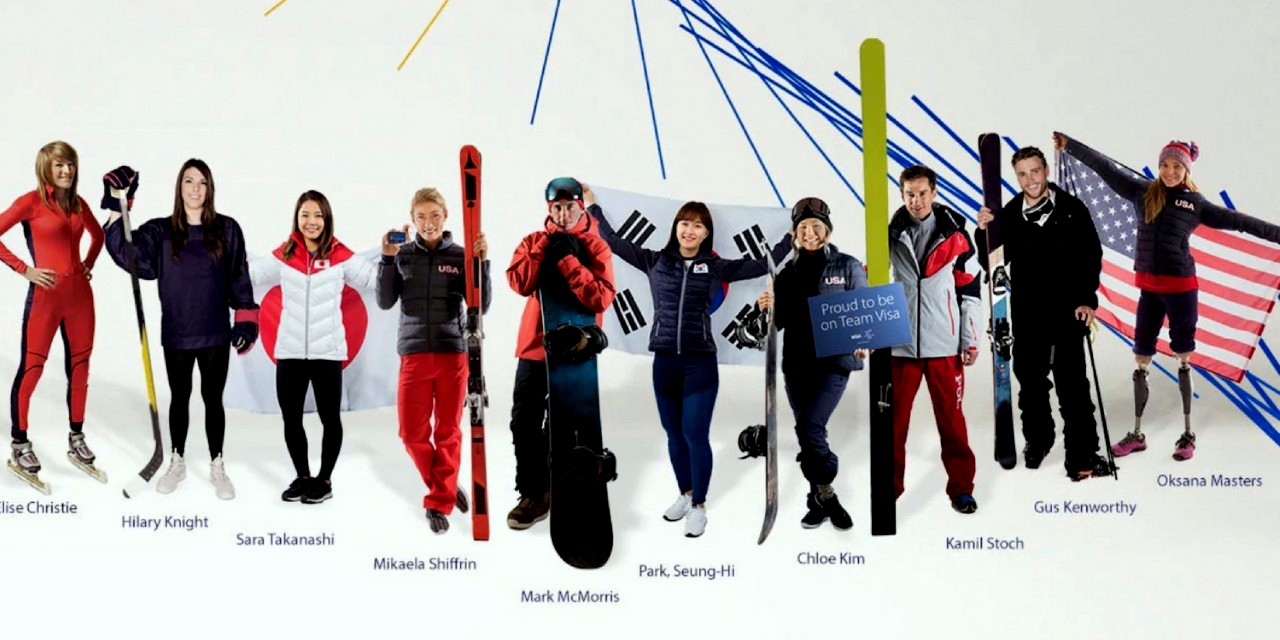 This year team VISA has decided to execute a new sports marketing campaign. They have created a video film named “Resetting the Lines” that features all 54 members of VISA Roster. The members are from the world of Paralympics, Sports athletes and legends all over the world.

The film is a part of VISA’S Sponsorship for Olympics which enhance the historic and inspiring stories of 8 Team VISA athletes. They have already embarked upon their journey to the games.

The campaign has captured online media space already. The film seeks to portray how athletes use payment innovations like Visa Checkout, wearable payment equipment or even contactless cards. Additionally, it also shows Visa’s strategy of sensory branding which has been created to support a wide arena of interconnected, payment devices.

Stacy Wall has shot 13 versions of this film; he said “An expanded world has been thrown wide open to every viewer in the world. Every version entails Visa’s brand strategy”.

Chief Marketing and communications officer of Visa, Lynne Biggar said,“We have celebrated sports by encouraging athletes to be stars of the Visa Brand.When it came to launching the film, we had selected the athlete’s personal social channels to be the ideal medium.”

The film represents 21 countries and 15 sports and has been premiered ahead of the traditional entry on global digital and broadcast channels. Moreover, it highlights their support for the training received for PyeonChang, 2018.

Visa sports personalities like Mikaela Shiffrin, Kamil Stoch, and Seung-Hi were first to share the campaign video on their social media channels.  The gesture showed their enthusiasm for this year’s PyeonChang.

It advocates its integral role in Visa’s Olympic and Paralympic Games sponsorship including onsite activation and new wearable payment. The theme is based on how far these athletes are pushing their personal boundaries to achieve their dreams.

Seun Adigun, driver of Women’s Bobsled Team said,“We got an opportunity to meet other members of Team Visa. Moreover, we got to try out the unique wearable technology that Visa will provide during the games.”

This film shows a conglomeration of vignettes showing athletes sporting payment-enabled gloves, winter games pins and commemorative stickers. Local versions consist of Canada, China, South Korea, Poland, United Kingdom, United States and Italy.  Visa updated the lyrics and music of “Anything You Can Do” sung by Irving Berlin to go with the energy level of athletes.