When there is no News, Think of a Campaign 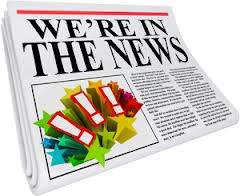 Apart from Strategy another heavy weight, most used term in the world of PR is ‘Campaign’, seems to have derived from the French word “Campagne” meaning ‘open country’. Couldn’t figure out the connect though.

This word comes alive in two distinct scenarios, first when you have to launch a new product/service, where PR is part of the overall marketing campaign. Second is when you have nothing new to say at all but also want continued media visibility.

In the first scenario since you often work along with the marketing department, you have a fair idea about the objectives the campaign is aimed at achieving, tools that you need to use and messages you need to propagate. So you accordingly strategize and draft a list of tactical activities that needs to be initiated in order to achieve the PR goals. The real challenge is in the second scenario when you have nothing new to announce or there is no new product or service to be launched around which you need to craft a campaign idea. All of us go through such phases for almost all our clients, there are times when nothing new is happening but at the same time you as a communications practitioner have to do something that will keep the buzz alive rather than waiting for client to come up with news for you to share with the media. In such situations experienced PR Pros will device a PR campaign focussing on industry issues to stimulate debate that has relevance to your client or company.

In my earlier role at Adfactors PR, I used to service mid to small technology companies, where I and my team used to often face this no news situation. Being in the B2B space, there was no scope even for a big bang marketing blitz to create buzz. Hence the only option left to us was to scan the environment, identify upcoming trends and come up with a campaigns primarily focussing on interesting and upcoming trends. The client need not necessarily have any direct services to offer and neither the campaigns were planned to hard sell any product or services of the client. The objective of the campaign was to position the company spokespeople as thought leaders in their domains.

The campaigns  had a central theme around which we used to create content, which was then utilized as concept/pitch notes for generating industry stories, by-lined articles targeting op-ed columns, sometimes the client also used to help us in generating case studies and whitepapers, which were trade media favourites. This content was then pitched to over sustained period of about 2-3 months depending upon the relevance of the theme or trend selected. These efforts used to pay off very well keeping the client happy and always appreciative of our proactive way of working.

Moving to the corporate side as a Marketing Communications Manager at Tata Housing, a real estate development company focusing on the B2C space, I have enough opportunities to have a sustained media visibility through on-going project launches across the country and many marketing lead initiatives. But there was something that was missing, we were not being able to focus more on the corporate brand and all our efforts were primarily focused on project specific communications. We didn’t want to be just another developer, we wanted to establish the leadership team as opinion leaders, we wanted to stimulate debates and discussions and be thought leaders in the sector.

Hence the brief to our communications partners – Rediffusion Edelman, was to think beyond project launches and come up with a strategy that achieves the above stated objectives. The servicing team came up with series of campaigns ideas to achieve the desired objectives. One of the campaigns suggested was based on ‘Urban Aspirers’ with the tagline – roti kapda aur makaan (food, clothing & shelter). While Urban Aspirers is a social phenomenon coined by The Boston Consulting Group, roti kapda aur makaan reinforces the desire for every Indian family to own a home. Urban Aspirers are characterized by their urbaneness, higher income levels (annual Rs. 4 Lakhs to Rs. 10 Lakhs), a higher spending power and willingness to spend compared to their rural counterparts.  This particular segment was fast growing and was forming one of the key consumer segments that the company could focus on.

The objective of the campaign was to enlighten the audiences on the dearth of affordable homes in India. Encourage conversations with influencers, government officials, thought-leaders and research agencies that evoke a sense of responsibility amongst developers, eventually leading to a movement towards value and affordable homes for all.

In-depth qualitative research sparked the planning of this campaign and the team chose to stick to an approach that would appeal to all Indians.

•       Associated the company with key demographic, economic and lifestyles trends around which the company executives commented thus resulting into quantum of coverage (larger Share of Voice for the company)

•       Designed a media roundtable along with key industry leaders to discuss the evolution and impact of growth of urban aspirers or new Affluents.

The result was outstanding and we received sustained media visibility in the form of industry stories, exclusive stories, and by-lined articles in various languages across India for over the period of 3 months. You can read the detailed case study here https://vikypedia.in/2013/07/20/urban-aspirers-a-tata-housing-pr-campaign/. This is just one example of good PR and I am sure there are many in everyone’s closet, if we decide to shed our inhibitions on sharing case studies on good PR, we can build a great resource for all of us to learn and grow. I will be more than happy to feature them in Vikypedia.in and on all platforms of Indian PR Forum.

Below are some more good international PR case studies, which you may like reading.