Home Who can be a PR Pro?
Array

Who can be a PR Pro? 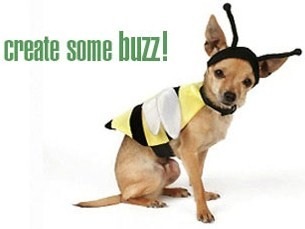 A year ago a communications professional decided to do a short survey on the importance of PR professionals in the eyes of top corporate bosses. He did it by asking one simple question to over 500 professionals via a professional networking portal, the question was “Does the PR executives in your organization have valuable knowledge that you don’t have?”

51per cent said they either disagreed or strongly disagreed with that statement. Of those polled, 19 per cent represented corporate owners, upper level executives and management, and of that number, between 25-38 per cent “strongly disagreed” with the notion that their PR people knew something they didn’t.

What may be the reason for this? We in PR have been hearing for years that the days of PR people being considered glorified corporate doorstops were over. PR had finally earned its value in the communications industry.

Wealthiest-geek-in-the-world, Bill Gates, said if he had only one dollar to spend, he’d spend it on public relations. Corporate presidents are welcoming PR people into the boardroom, their input is now greatly valued as more and more corporates have become aware of the incredible power of media and how it can make or break an institution. Even the recently conducted survey by a leading PR agency claimed that over 58 per cent of the global corporate communication officers now report to CEOs.

It is true that PR has made some big strides. In my own experience, I’ve been lucky to work for companies that have insightful, forward-thinking leadership that appreciate and recognize public relations as an important tool of communication.

But still the fact remains that many CEOs do not give much impetus to their PR people. With the global meltdown encompassing the entire economy, businesses decided to cut costs and the first ones to come under hammer were advertising, marketing and along with them even Public Relations. Only few corporates realize the importance of public relations in the times of financial crisis.

And why is that? If Edward Bernays, the “Father of Modern Public Relations,” was alive today, he might say it is because there is no required certification for public relations practitioners, unlike lawyers, doctors and other well respected professionals. Technically, anyone can practice PR and do, from call center executives to anyone who thinks for himself that he is a good communicator, people are “committing PR without a license.”

Part of the problem is, so many people don’t know what public relations truly is. If you go by how PR people are portrayed in TV and movies, you’d think PR is the practice of putting “positive spin” over negative doings, is without ethics and typically the province of marginal human beings who leave a slime trail behind them when they walk. Our very own Bollywood movies depict the similar picture, the recent one being ‘Laga Chunari Mein Daag’ in which Rani Mukherjee calls herself a PR professional, while playing a character of an escort. On the other hand a Hollywood movie HANCOCK, which at least offered a somewhat more sensitive and realistic depiction with Jason Bateman playing a PR man who takes bad guy superhero Hancock under his wing to improve his image, inside and out.

In the days of bloom, you’d see job openings in the newspapers for “public relations executives” that were nothing more than tele-marketing. PR seems to be one of those professions where people with ZERO experience in the field think they can just “wing,” right off the street. I recall few months back I had met a PR executive who was earlier, a telephone operator in one of the accountancy firm. I mean, does anyone walk into a hospital and say, “I think I’ll be a doctor today! Yeah, wanna give this whole surgery thing a whirl!”

So, are we fighting ignorance and stereotypes? Still, nothing sells like experience. It really doesn’t matter what profession you are in, corporate management isn’t going to put much faith in you until you prove you can pull your weight. You get the CEO on the cover of a widely circulated business magazine, you make a suggestion that helps keep your company out of a major media mess, your stock will rise, and sharp execs and VPs WILL listen.