Home Uncategorized With fall of Media and Advertising, will India see a rise in...
Uncategorized

With fall of Media and Advertising, will India see a rise in Digital PR?

The falling rupee has indeed hit the citizens of the country professionally and it seems to have caught up with the Indian media in the past few months. Apart from the usual layoffs, cost reduction and restructuring, we have observed newspapers and magazines getting thinner, TV channels cutting back on programming and several publications and channels are on the block. Due to tight marketing spend, even advertisers are shortening their commercials while maintaining or increasing the number of times they are aired to ensure maximum spread for their ad spends.

That said, few examples below will help understand the changes that the Indian media industry has been going through in the past few 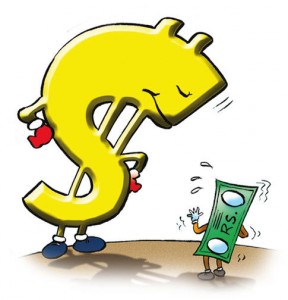 It is rightly said that PR and journalism are interdependent. With the economic slowdown, we are observing slight difficulty in traditional PR activities along with the rate at which newspapers/magazines are shutting down, number of pages getting reduced and broadcast channels cutting back on the hours of programs/news.

With the ever increasing competitive eco-system and never ending client demands, traditional PR is surely set to face challenge in India.

However, I believe that the PR agencies should take this as an opportunity than a challenge. With such alterations in the media industry, the PR agencies get a window to get more creative and embrace newer avenues. It gives an opportunity for both the clients and traditional PR agencies to explore social media platforms more aggressively than before. India now has nearly 74 million Internet users, according to ComScore report and it’s time for the next big leap in the way PR agencies work in India.

The current alterations in the media industry can surely mean a faster move into the digital domain in the Indian marketplace. Sooner than expected, many media houses have started looking at digital as their next step. Kasturi and Sons Ltd, publisher of The Hindu, has, in the last six months, launched iPad and mobile apps for its general and financial newspapers.

In the past one decade, there has been a steep fall in the number of those who prefer thumbing through the newspaper with the sip of morning tea. Now, checking news feeds on smart phones, scrolling through one’s tweeter handle, checking updates on blogs, Facebook, LinkedIn, Google+ and other online networks have become part of the urban lifestyle.

Interesting statistics from Internet and Mobile Association of India (IAMAI) states that:

Also, estimates by media buyers states that video advertising on the Internet has been growing at a rapid 40% over the past one year and is expected to speed up further to 60% in the next few months.

Considering all these statistics, we surely are seeing a faster shift to the digital platforms and are expecting digital PR to catch up the trend sooner than expected.

Persuading and pitching to journalists via phone calls, e-mails, and SMSes for publishing stories in newspapers are not the only way of building brands anymore. Holding events both online and offline is now part of media management. Debate/Discussions on Hangouts and live chat on Facebook or Twitter have become a new promotional trend.

But what will be interesting to see in the coming months is how many brands are really willing to jump on the digital bandwagon and dedicate proper marketing budgets to it. Today, getting the news release online is of not much value to the clients compared to a good spread of print coverage. However, with the changing media landscape, it will be fascinating to see if the clients start to value the online promotional mediums as much as they value the print medium. What are your thoughts on it?

Ancita Satija has a Masters degree in Public Relations & Corporate Communications from the Xavier Institute of Communications. With a keen interest in social media, she blogs regularly at In My Humble Opinion. Views are personal and do not reflect that of the writer’s employer nor of Vikypedia.in.