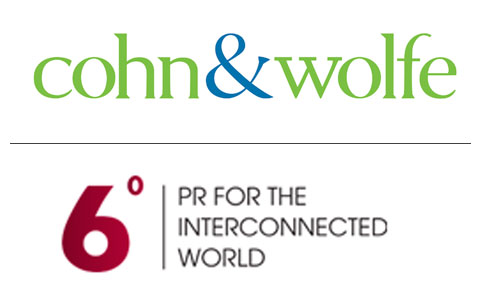 Cohn & Wolfe, a leading brand communications agency, today announced it has agreed to acquire a majority stake in full-service public relations agency Six Degrees PR and its content and integrated marketing subsidiary Alphabet Consulting, with offices in Delhi, Mumbai and Bangalore. Part of an aggressive growth plan in the region, the deal builds on Cohn & Wolfe’s Mumbai and Delhi offering and solidifies the agency’s Asia-Pacific presence by growing its footprint in the region to 11 offices. India boasts one of the fastest growing economies in the world and the new agency, Cohn & Wolfe Six Degrees, is well-poised to deliver integrated marketing solutions to regional companies, as well as multinational clients looking to expand in India.

Founded in 2009, Six Degrees is known for its consulting approach, counseling C-Suite clients on challenges across the communications spectrum. Six Degrees has extensive public relations, public affairs, crisis management and digital media experience and delivers content and integrated marketing campaigns through subsidiary Alphabet Consulting.“India is a strategic priority for Cohn & Wolfe, and Six Degrees has the entrepreneurial culture, seasoned talent and drive to succeed that will help us capitalize on the tremendous opportunity for growth here,” says Donna Imperato, Chief Executive Officer, Cohn & Wolfe. “The agency’s presence in Bangalore, the country’s technology hub, and their work in technology, finance and corporate complements the Cohn & Wolfe India team’s extensive lifestyle and consumer experience.”

“We believe that Cohn & Wolfe is the best partner for the culture, passion and energy of Six Degrees and Alphabet Consulting,” says Rishi Seth, Co-Founder, Six Degrees. “We are excited to start this new journey to make a bigger play for growth through integrated marketing services.”

“Our measure of success is having built a reputation for being amongst the most respected PR firms in India,” says Zacharia James, Co-Founder, Six Degrees. “Alignment to a global agency with a strong people orientation and methodologies is the next logical step in our journey. We believe Cohn & Wolfe will provide us the required impetus to build on our success, stay relevant to our people’s aspirations and become a global partner to our clients with a full service offering.”